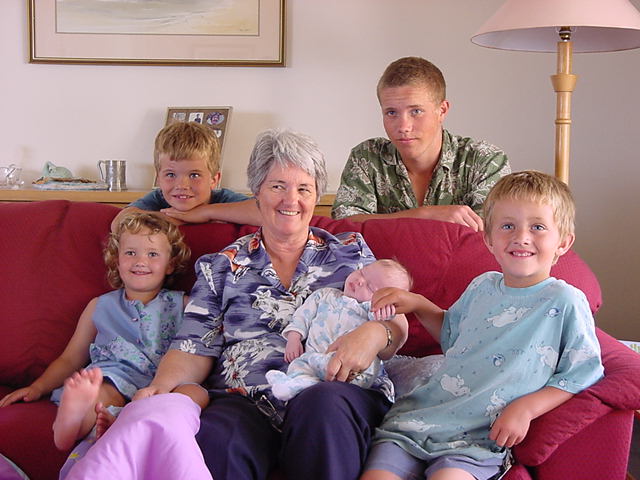 GrandParents Week takes place the first week in October and will include GrandParents Day.

The GrandParents Association of South Africa (GPASA) week of celebrations incorporates Grandparents from all walks of society and the Association has urged organisations and businesses to play their role in making the week a success.

“The dynamics of GrandParenting have changed dramatically with many people taking on the mantle as young as 40 and the average age of this community is below 60, often placing them in the most productive and financially active times of their lives,” Founder of GPASA, Wren Mast-Ingle points out. “In addition, the demographics of this group are also broad in accommodating all ethnicities and economic classes.

“The contribution GrandParents make, through longer, healthy and more active lives, in helping define the state of our society should not be underestimated.”

He points out that according to Statistics SA’s general household survey of 2011 of the country’s population of children accounted for 40 percent of the 53-million people with about eight percent living with their grandparents. The survey found that about 65 percent lived in households with a per capita income of less than R650 a month.

“GrandParents provide bonding as a role model, hero and historian to give the GrandChildren a platform and essential perspective moving into society as young adults.  The dichotomy in South Africa’s economy calls for an urgent need to address the imbalance in this arena and restore the ability of more than 4-million impoverished GrandParents to rise above the basic daily grind so they are fully able to make their important contribution.

“In part, the GrandParents Week highlights the celebration and role of the ‘Grandies’ in our society.  It also strives to initiate programs such as GPASA’s GrandAdopt to alleviate the difficulties of others.”

Mast-Ingle says GrandParents Day; reportedly the ‘official’ day on the first Sunday in October is tagged on to the Senior Citizens Week and does not have much apparent benefit being largely confined to a Government-sponsored organisation in the Western Cape.

“The result is that there is no coordination and development on behalf of this community.  A number of schools around the country hold GrandParents Days at various times during the year as an example.  GPASA aims to focus on the week and leverage development by joining commercial entities with non-profit organisation to make the day and week a success.

“GPASA is aiming to coordinate these activities within the first week of October each year and allow organisations, schools and companies to choose the day that suits them best.  We will also provide guidelines to organising, obtaining sponsorships and initiating ongoing programs such as GrandAdopt.

“We are hoping that the schools presently celebrating GrandParents Day at different times during the year will either change to coincide with the first week in October or double their efforts adding this week to their own schedule,” he concludes.

A quality life and better world for GrandParents and their Grandchildren.