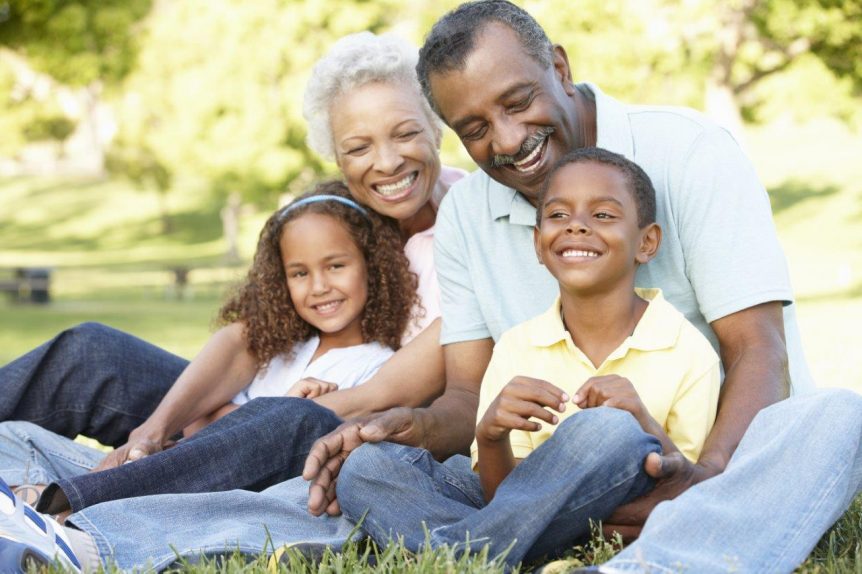 If you think about it, human beings are the only species (with the exception of the occasional whale species) that actually have grandmas and grandpas that are invested and involved in children’s lives.

Additionally, there are researched-backed benefits showing that having grandparents involved not only enriches the lives of the children but the parents also. While in-laws can certainly create their own forms of drama and difficulties, raising your kids near their grandparents and giving them the opportunity to form their own strong relationships with them is one of the greatest gifts you can give your children. Here’s why!

Why Raising Your Kids Around Their Grandparents Is So Beneficial

First off, grandparents help raise happy adults! Research shows that kids who grow up having a greater emotional closeness to their grandparents end up being far less likely to struggle with depression as adults. One study researched 374 grandparents and 356 adult grandchildren throughout the years of 1985 and 2004, ultimately finding that better grandparent-grandchild relationships resulted in reduced depressive symptoms on both sides. Additional research determined that children between the ages of 11 and 16 showed similar results under the same circumstances.

Research suggests that this boost in life expectancy has something to do with the need for mental activity and a healthy supply of purpose that comes for a grandparent when their grandchildren need them. While having children tends to have an aging effect on parents, it apparently causes the opposite for grandparents who are glad to have people to care for!

So while distancing and strained relationships can make it incredibly difficult to keep one’s kids and grandparents steadily involved in each other’s lives, it’s ultimately beneficial to both parties and greatly enriches both grandparent and child lives when they spend time together.