What sort of a Grandparent are you? 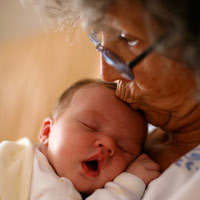 In the mix of personalities, culture and background coupled to the fact that in today’s world there are simple more and younger Grandparents around is a perfect formula for diverse relationships between them and Grandchildren.

You become a Grandparent through the natural course of events…a status that comes with certain expectations and norms.  It is however the way you accept and react to that status that defines what role you play.

The styles of Grandparenting were defined as Detached; Passive; Supportive; Authoratative and Influential (Andrew J. Cherlin and Frank K. Furstenberg, Jr. 1985) in a study that differentiated these approached.

The Rewards and Challenges of Parenting the Second Time Around

When parents are absent or unable to raise their children, grandparents are often the ones who step in. Raising a second generation brings many rewards, including the fulfillment of giving your grandkids a sense of security, developing a deeper relationship, and keeping the family together. It also comes with many challenges. No matter how much you love your grandkids, taking them into your home requires major adjustments. But with the right guidelines and support, you can roll back the years and make a real difference in the lives of your grandchildren.

The prospect of raising grandchildren is bound to trigger a range of emotions. Positive emotions, like the love you feel for your grandchildren, the joy in seeing them learn and grow, and relief at giving them a stable environment, are easy to acknowledge. It’s more difficult to admit to feelings such as resentment, guilt, or fear.

It’s important to acknowledge and accept what you’re feeling, both good and bad. Don’t beat yourself up over your doubts and misgivings. It’s only natural to feel some ambivalence about childrearing at a time when you expected your responsibilities to be dwindling. These feelings don’t mean that you don’t love your grandchildren.

What you may feel

When you start to feel overwhelmed

Remember that while you may not have the energy you did when you were younger, you do have the wisdom that only comes with experience – an advantage that can make a huge difference in your grandchild’s life. Unlike first-time parents, you’ve done this before and learned from your mistakes. Don’t underestimate what you have to offer!

You probably weren’t expecting to be raising kids again at this stage in your life. At times, the physical, emotional, and financial demands may feel overwhelming. That’s why it’s vitally important that you take care of yourself and get the support you need.

When you’re preoccupied with the daily demands of raising grandkids, it’s easy to let your own needs fall by the wayside. But taking care of yourself is a necessity, not a luxury. You can’t be a good caretaker when you’re overwhelmed, exhausted, and emotionally depleted. In order to keep up with your grandkids, you need to be calm, centered, and focused. Looking after your own mental and physical health is how you get there.

Support makes all the difference

Studies show that grandparents who cope well with the added stress of raising grandchildren are those who seek out others for support.

Raising Grandchildren Tip 3: Your grandkids will have mixed feelings too

Moving to a new home is never easy, even in the best of circumstances. When children are dealing with the loss of regular contact with their parent or parents, the move is even harder. It will take some time for your grandchildren to adjust, and in the meantime, they may act especially contrary and difficult. And if the children have suffered from emotional neglect, trauma, or abuse, those wounds will not disappear just because they are now in a safe place. They will need time to heal.

While it will take your grandkids time to adjust to their new living arrangement, there are things you can do to make the transition easier. Above all, your grandchildren need to feel secure. Children thrive in an environment that is stable and predictable.

Communicating openly and honestly with your grandchildren is one of the best things you can do to help them cope with their new situation. It’s especially important to take the time to really listen to your grandkids. In this difficult time, they need an adult they can go to with their questions, concerns, and feelings.

How much should you tell young Grandchildren?

When deciding what to tell your grandchildren about the situation, it’s important to consider their age and developmental skills. The following tips may help:

It is not always possible for children to remain in contact with their parents, and at times, it may not be in a child’s best interest. But in general, it is good for your grandchildren to maintain relationships with their parents, especially if they may live with them again. If meeting in person isn’t possible, you can encourage contact in other ways, including phone calls, cards and letters, and email.

Making visits with parents as smooth as possible

Helpguide.org is devoted to helping Grandparents.  We thank them for this article and recommend you take the opportunity of visiting the site….. Click here

Quality of relationships between grandparents and young adult grandchildren was assessed by Gregory E. Kennedy (1992). He claims that five elements of the relationship are important to evaluate the quality from the grandchildren’s viewpoint. They are sense of closeness, being known, knowing grandparents, being positively influenced, and having an authentic relationship independent of the parents.

In general, the quality of the relationship is better with grandmothers than with grandfathers. The quality is also generally better when grandparents live nearby or with grandchildren, when they are in frequent contact, when the parents experience either divorce or single motherhood, and/or when the grandchild is an only child or a first born child (Roberto, Allen, and Blieszner 2001).

Thomas E. Denham and Craig W. Smith (1989) categorize the nature of grandparental influence into three kinds: indirect, direct, and symbolic. Indirect influence refers to factors that affect grandchildren only through the effects on the middle-generation parents, such as psychological or financial support and/or stress.

Symbolic influence, on the other hand, refers to the effect of grandparents just being there without necessarily performing concrete functions. Grandchildren feel good to have grandparents as a stress buffer, whom they can go to in case of conflict among family members. Grandparents give grandchildren a sense of family continuity from the past to the present to the future by offering roots for the family. Grandparents may also be considered family watchdogs who are there to keep an eye on the family members (Troll 1983).

Of the three kinds of influences, symbolic influence seems to be the most important. Although grandparents may be “backstage” most of the time, they are the backbone of the extended family, and they will be available for help if necessary. 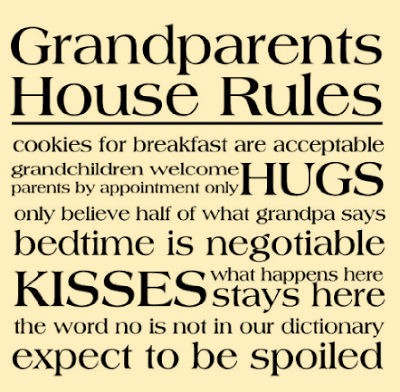 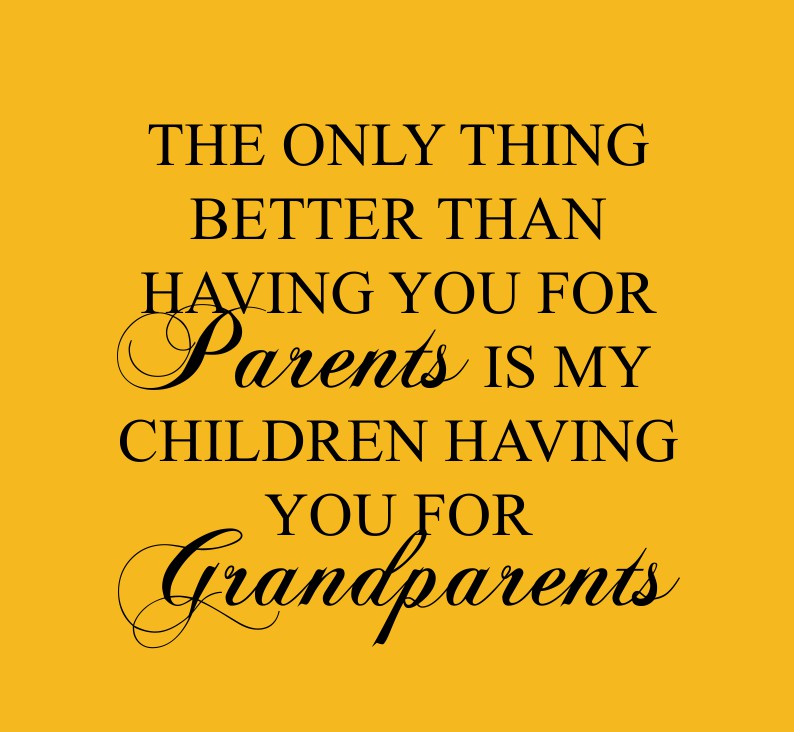 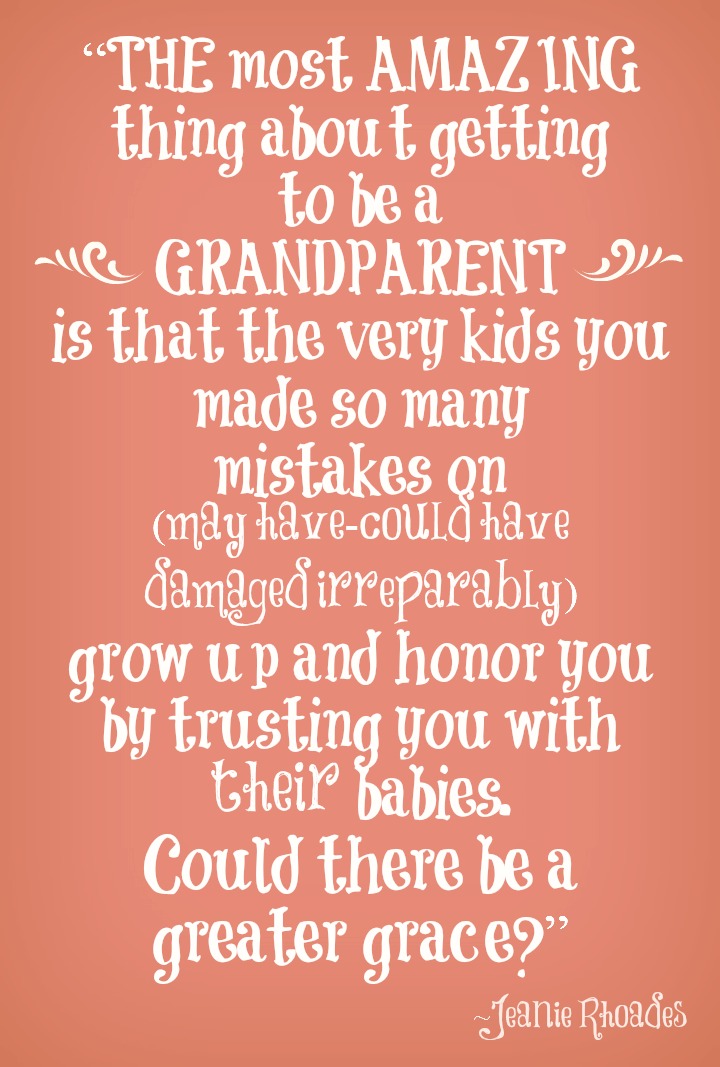 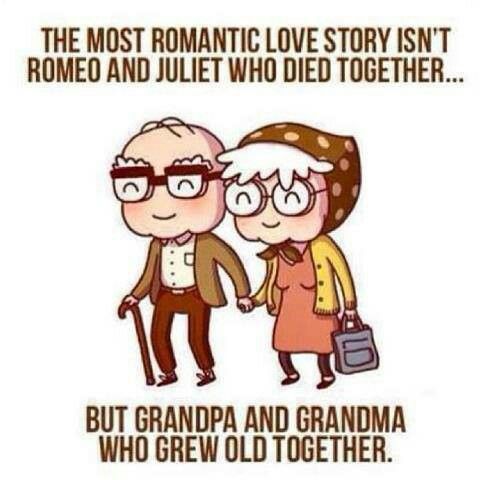 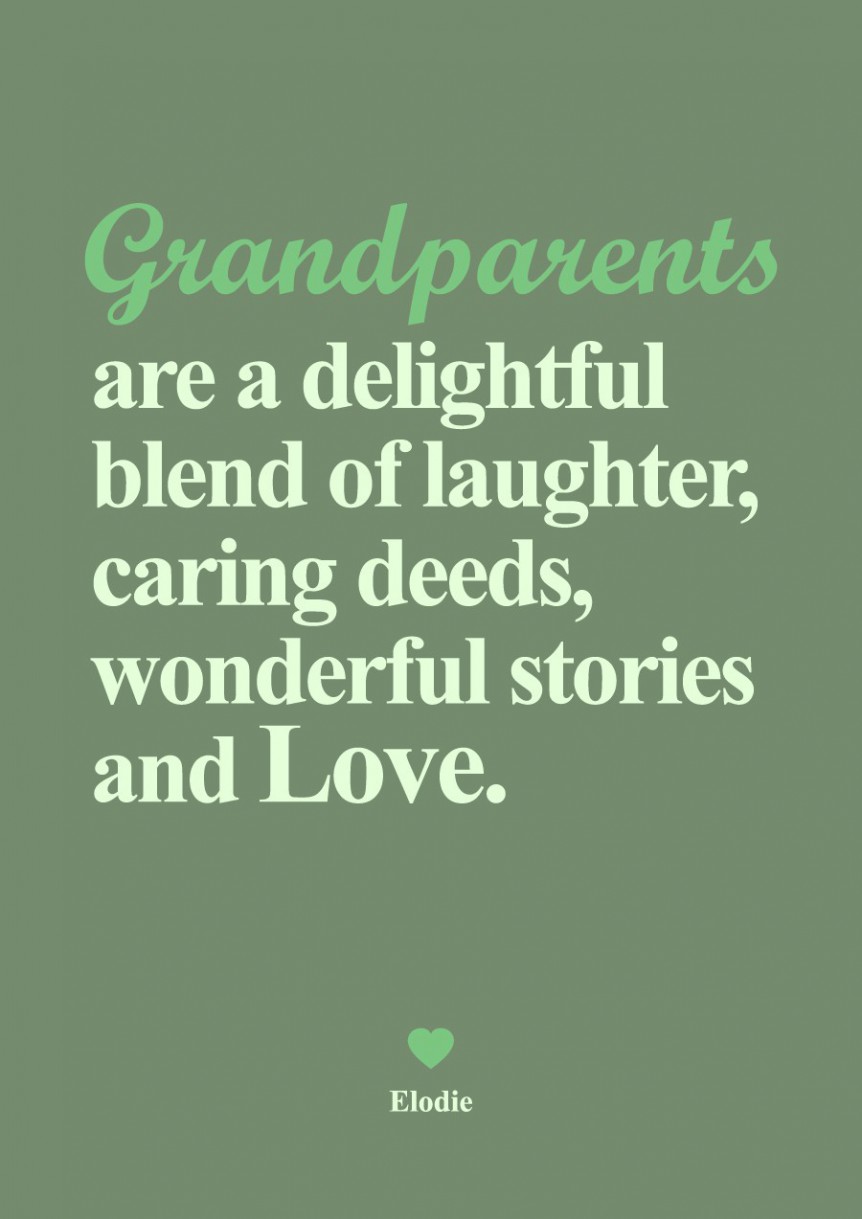 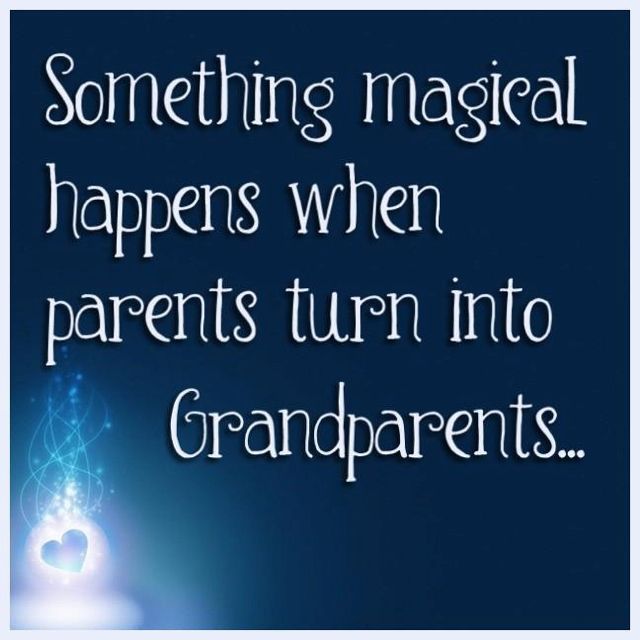 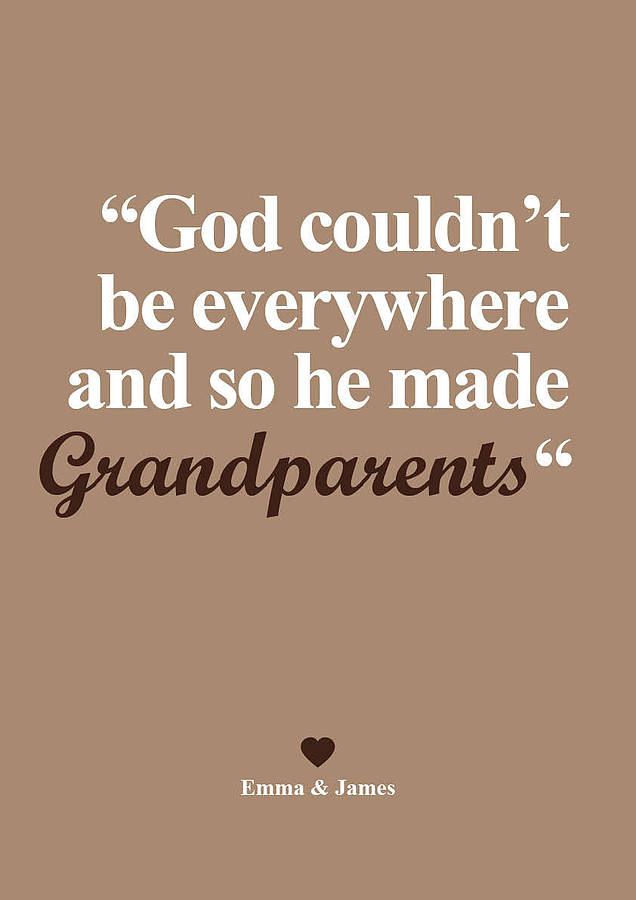 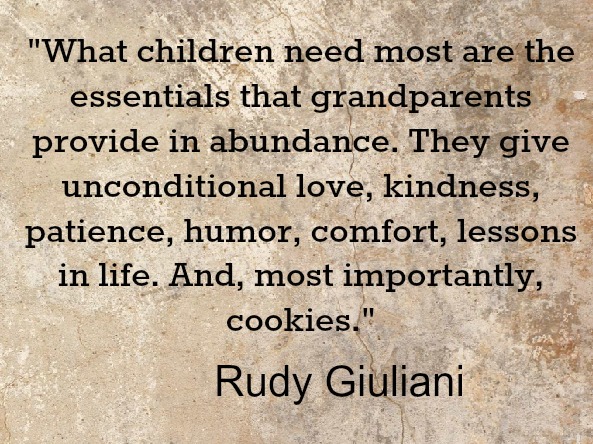 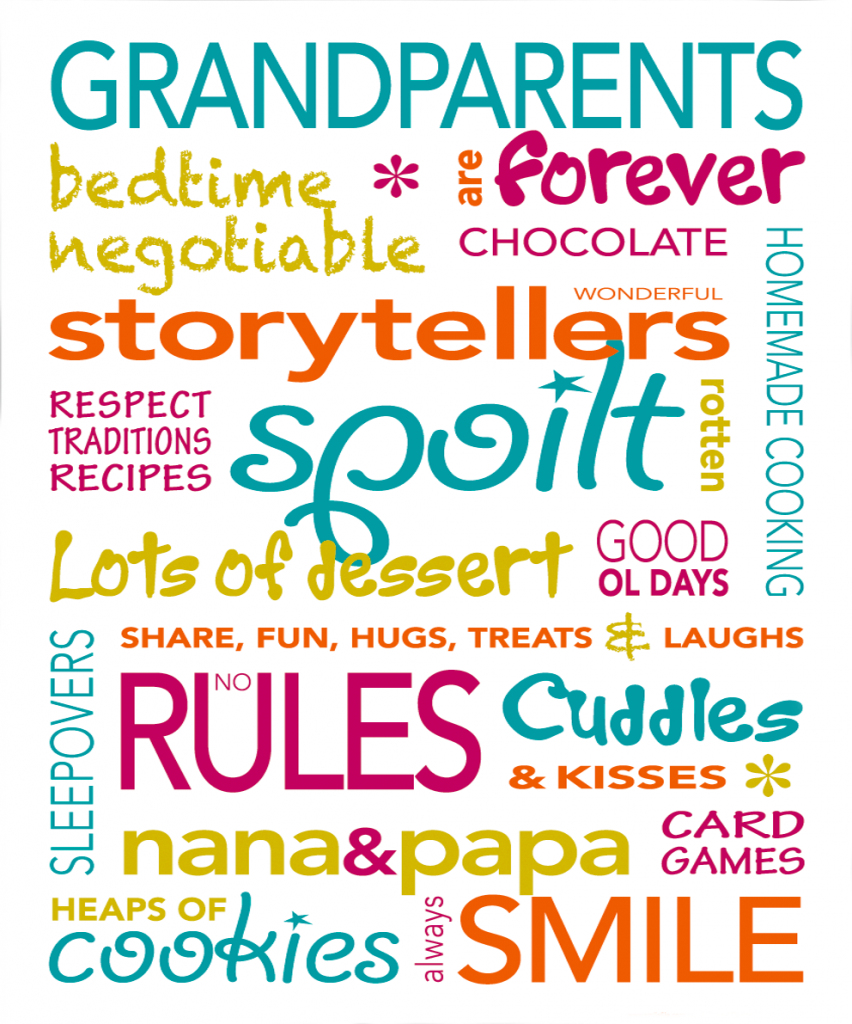 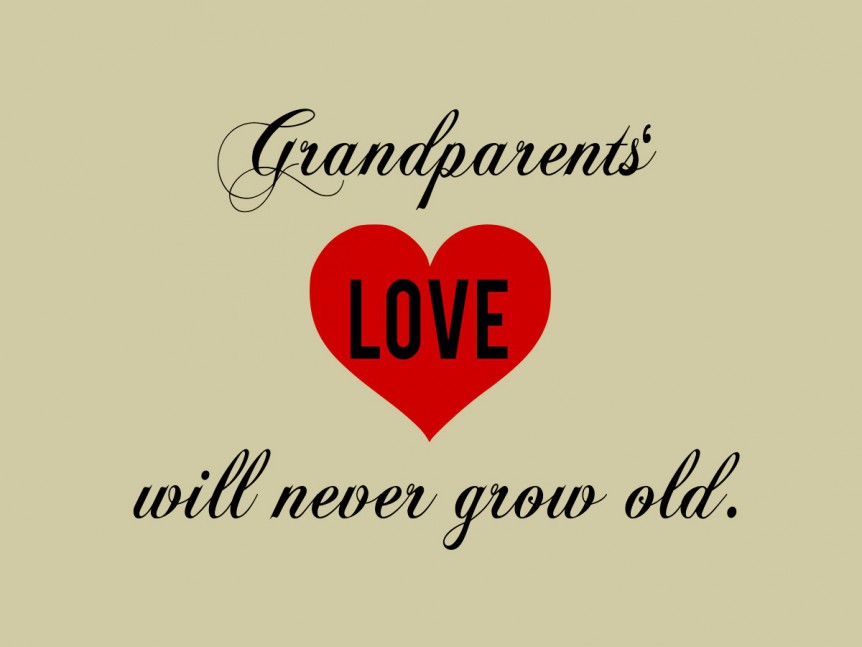 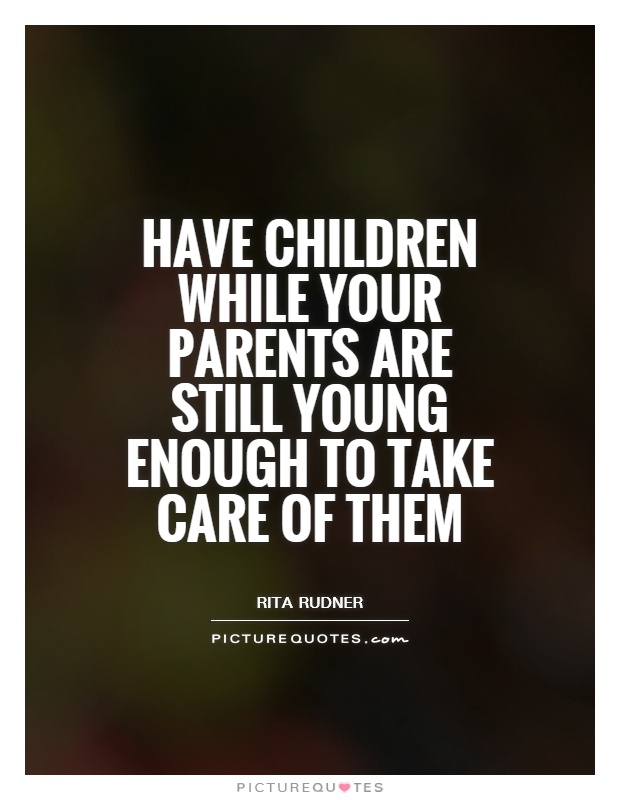 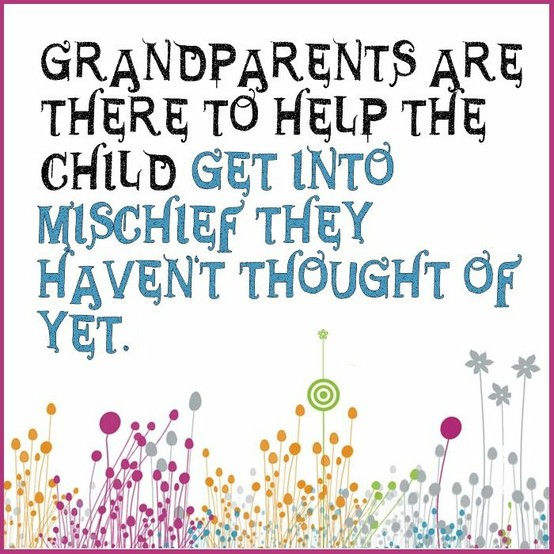 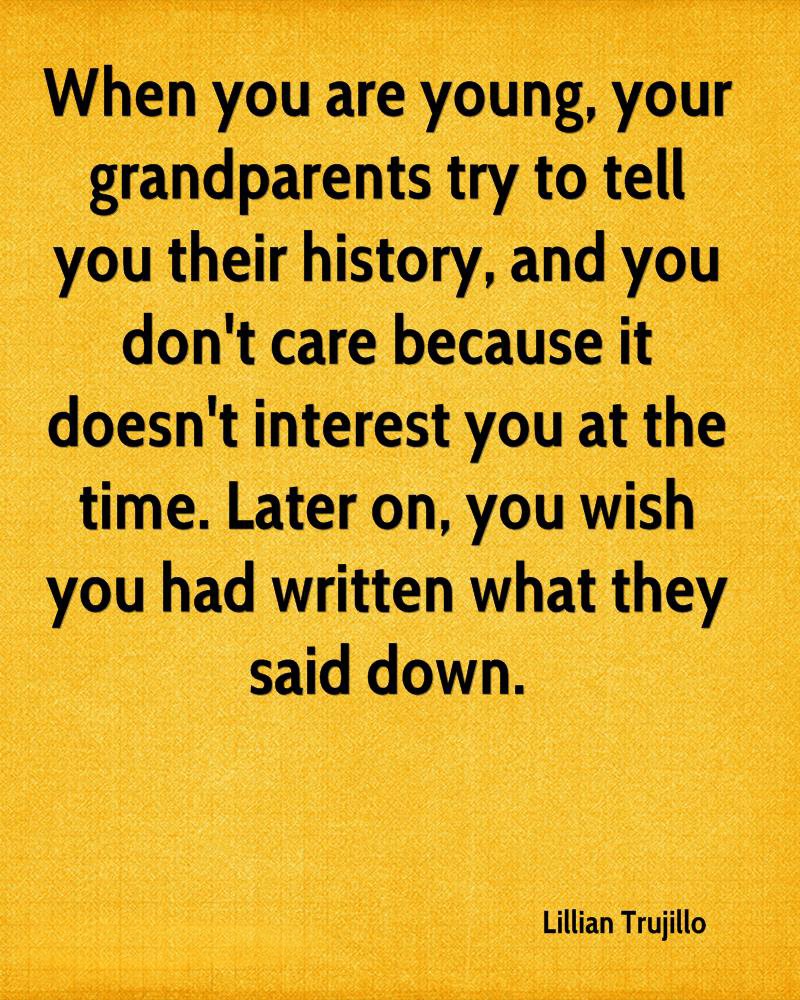